On April 26 of 2017, in Tbilisi, at the Bal room of the “Mariotti” hotel was held the presentation of a new textbook for planning business tourism which was jointly issued by the Georgian National Tourism Administration and the Ministry ...

Interview with the Director in Diplomat

Interview with “Capitol HPS” Director Gocha Jaiani in the first signal issue of the “Diplomat” magazine, where Director talks about company. Find article on pages:41-44

This is the first of 12 hotels planned to open the manager has in Georgia.

Best Western hand of the Spanish hotel management multibrand T3 Hospitality Management just opened the doors is the first of 12 hotels that the company will operate in Georgia, since the target T3 is open 11 other more stores in major regions of Georgia Over the next six years.

With this first opening T3 Hospitality Management is responsible for professionalising the hotels in this country thanks to its international character, contributing its experience and expertise in the sector, and has chosen the chain Best Western to operate under its umbrella in the first hotel.

The inauguration was held a few days ago attended by Georgian Prime Minister Giorgi Kvirikashvili With the hotel owners ( Capitol Management) and CEO of T3 Hospitality Management, Sebastian Lodder.

The Best Western Kutaisi has 45 rooms and two restaurants, is located in the political capital of Georgia, Kutaisi, where it is based the country's parliament. This is the first internationally branded hotel in this city, which is a differentiating factor that puts you as a leader in this market.

Modern design, yet cozy, this hotel offers its customers a worldwide respecting the hospitable nature by which Georgians are so well known. The hotel caters to both business customers and leisure, and the goal of the establishment is also positioned in the gastronomic field with both international and local cuisine that combines various Culinary delights.

For Sebastian Lodder, CEO of T3 Hospitality Management, "This is great news to have been selected to start this project with this first opening, a major project that focuses on different regions of the country with nothing more and nothing less than twelve hotels again, the international character of a Spanish company has led us to be considered the number one choice for international major projects like this "

For Best Western is the second hotel in Georgia, as they have one in the center of Tbilisi, enabling them to continue their growth plan in a country that annually hosts more tourists thanks to a varied Cuisine, a deep-rooted Culture and a strategic geographical location for being on the border between Europe and Asia. In addition to ally itself with such an important hotel management as T3 Hospitality Managament, of being able to gain a foothold in the tourism sector and Work with a group of long experience.

Our company was represented by a new 45-room hotel of Best Western Horels & Resorts,- “ Best Western Kutaisi”, which received many positive feedbacks among guests of the exhibition.

During the exhibition, Kutaisi Hotel has signed several new agreements with both Georgian and foreign tourist companies.

Many interesting contacts were organized with different companies participating in the exhibition, with guests and other persons interested in cooperation with Best Western Hotels & Resorts. 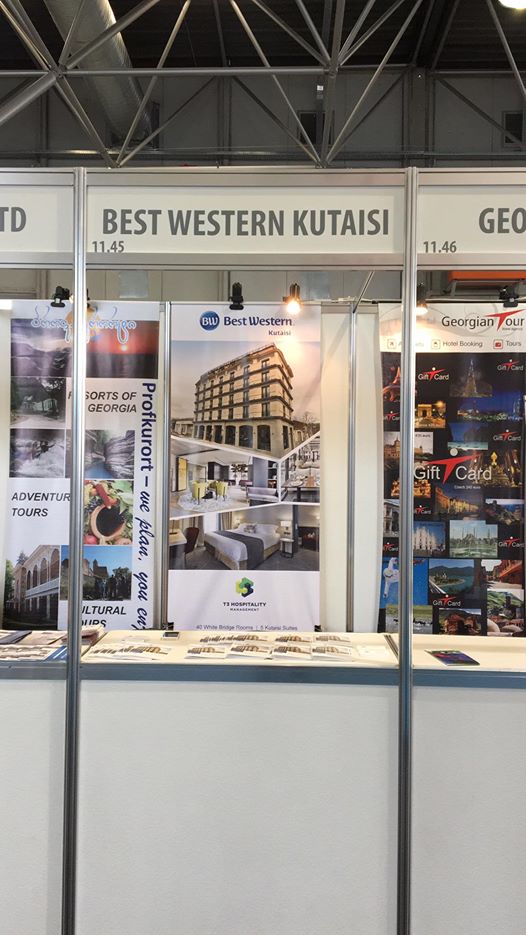 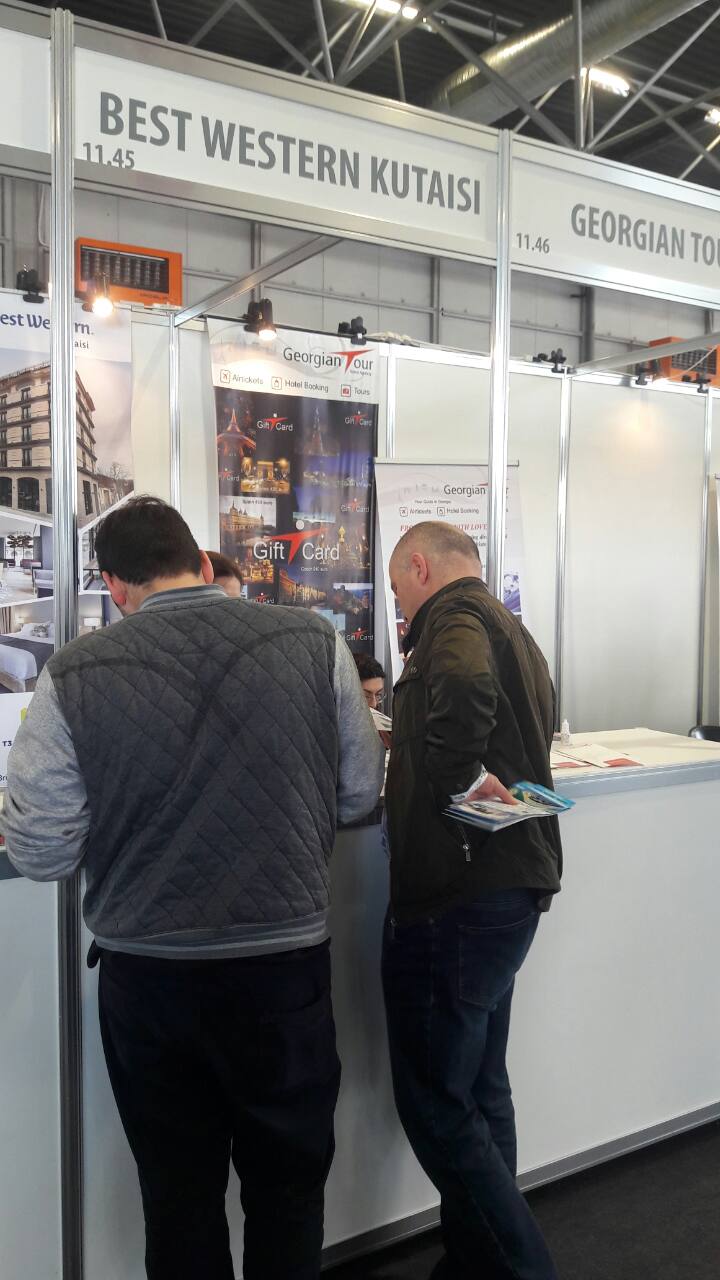 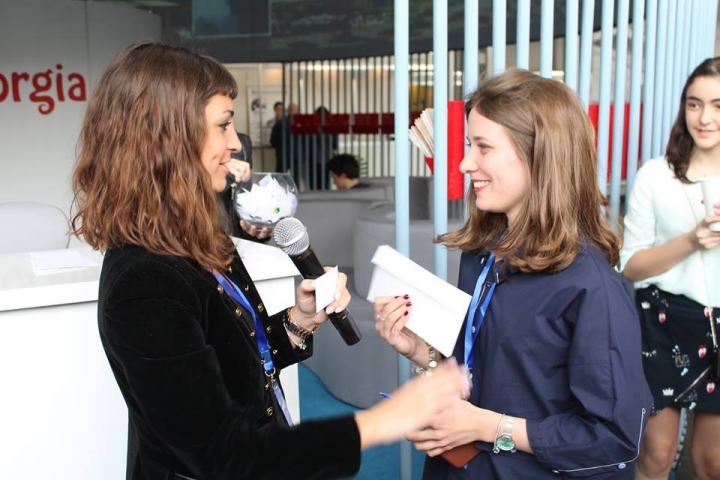 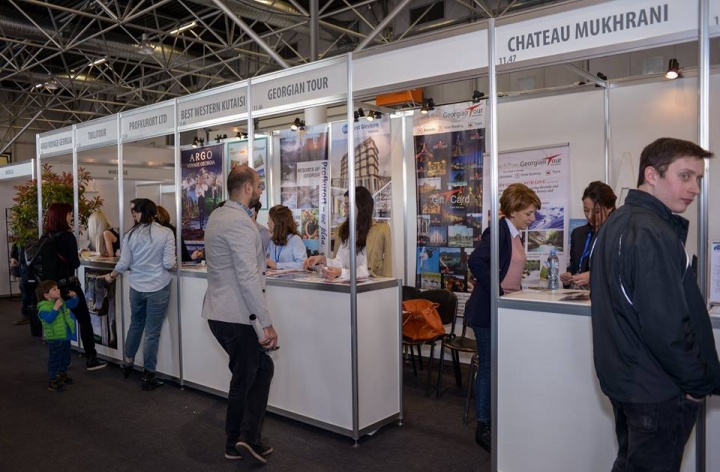 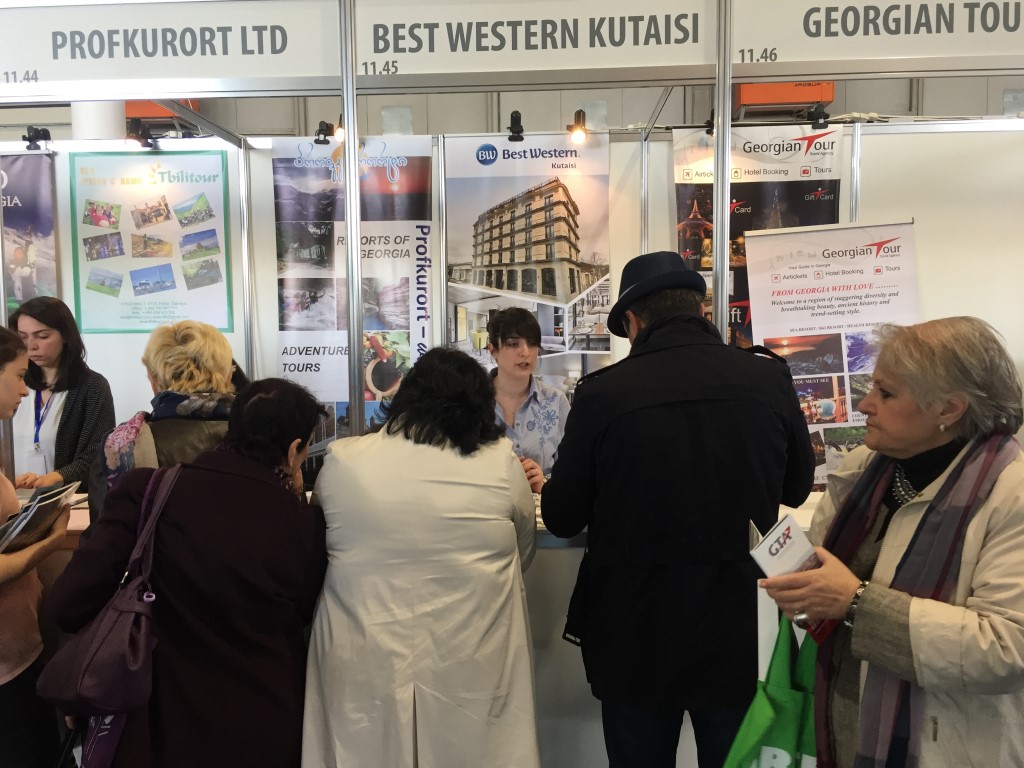 On April 26 of 2017, in Tbilisi, at the Bal room of the “Mariotti” hotel was held the presentation of a new textbook for planning business tourism which was jointly issued by the Georgian National Tourism Administration and the Ministry of Economy and Sustainable Development of Georgia.  This textbook - "Guidance as an Initiative for Tourism Business"- will be delivered at the universities for students of higher education. This book will also be of interest for the local businessmen as well as foreign investors interested in tourism industry of Georgia, as it provides all aspects of legislative normative among other interesting information related to tourism sector.

In one of the chapters of the textbook refereeing franchising (See p.30) there is a separate brief information about “BW” and for more detailed info is given our website link.

Unfortunately, the manual has been published only in Georgian language. Hopefully, we offer an English version in the near future

Interview with the Director in Diplomat

Interview with “Capitol HPS” Director Gocha Jaiani in the first signal issue of the “Diplomat” magazine, where Director talks about company.